Collectable and decorative swords come in many shapes, sizes and styles. There are Ninja and Samurai swords, Chinese swords, Middle Eastern swords, African swords, Broadswords, Persian swords, Roman swords, European Medieval swords, Scottish swords and Knight swords, Viking swords and Celtic Swords, and American military swords just to name a few.
Swords are a popular collector’s item and there are a number of ways to display them. A typical material for a sword stand is wood, and often a wall mount is used. Some stands are a bit overpowering and bulkier than they need to be.  Art Display Essentials  offers a different approach to the standard wood display. They have a stock item that is a clear holder that comes in three sizes; 3”, 6”, and 9” high. 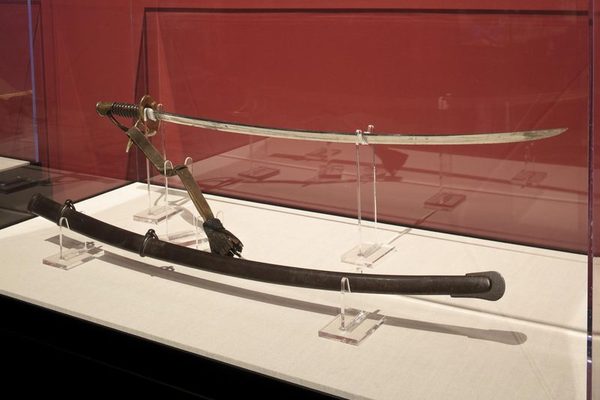 These stands are sold individually so the collector can customize their display to the arrangement that is best for their needs. For example, you could use one shorter and one taller to hold the sword on an angle, or three across for longer items. You can also use taller ones in the back to hold the sword and shorter ones in the front to hold the scabbard, to give a tiered effect. These can be seen here: http://www.artdisplay.com/sword-stands.html

Another alternative for mounting daggers, knives, or short swords is to do it yourself. Art Display Essentials has stock “T”-arms, “double T”-arms and “H”-arms that can be used for that very purpose. They come as a basic “T” with one top crossbar or a double “T”, which is one top crossbar and a lower bar. The other is the “H”shape which has the top bar with another smaller crossbar on each end. You can bend these arms around the piece to hold it in place. The height of the post could be adjusted by removing it from the base and cutting it, although you would need a good pair of cutting pliers. The double “T” would be used for holding a knife or dagger vertically where as the “H”-arm would be used more for a horizontal or angled display.

A double T-arm can be bent around the blade of a knife to hold it vertically:

Side view. Post can be bent forward to center object on base:

Vertical wall sword display using a T-arm with no base ("T" only option):

For a stock knife stand Art Display Essentials has an acrylic one which can be seen here: http://www.artdisplay.com/acrylic-knife-display.html Acrylic sword stands being used to hold other objects: 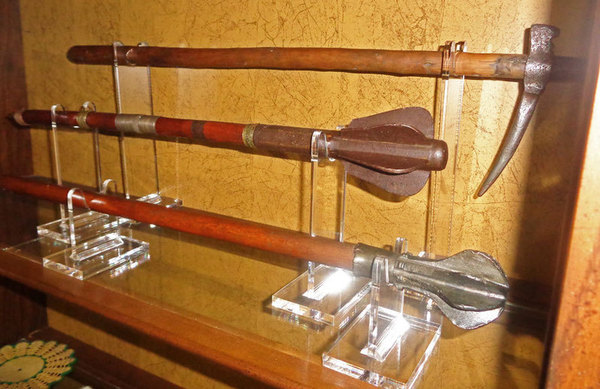 Swords and Weapons for Sale:

H-arm before it is bent:

Can also be used for propping up items:

To achieve a specific angle or to display the sword vertically you can have a custom mount made specifically to hold the sword just right. 10-31 Inc. has been mounting swords, daggers, and knives for over 30 years. They carefully mount each piece with just the right proportions and finesse giving it a very clean and professional look. 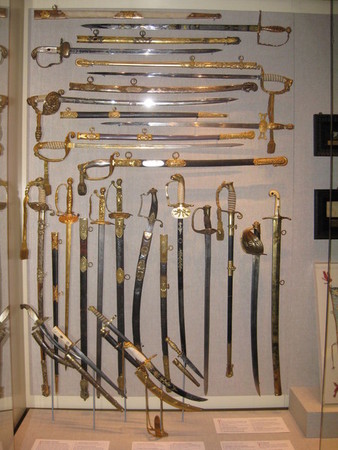 There are also small easels available for the smaller knives: 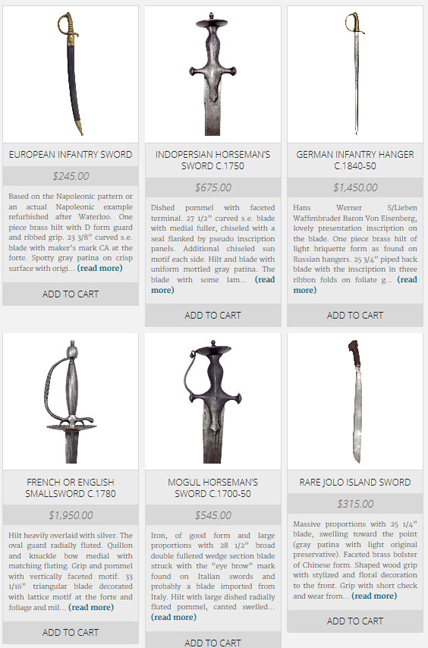